King Island – You Didn’t Know You Needed to Go!

Sitting in the middle of some of the roughest Australian waters, Bass Strait, and located part way between the states of Victoria and Tasmania, is King Island. Home to just 1500 locals, incredible seafood and breathtaking coastline, this little isle is one of Australia’s undiscovered gems.

Just a short 45-minute flight away, you can enjoy a visit as a day trip or indulge in a multi-day stay.

How do I get there?

Scheduled flights depart from a few locations in Victoria (Moorabbin, Essendon, Tullamarine, Barwon Heads and Hamilton) and Tasmania (Launceston and Burnie), making this remote island destination surprisingly easy get to. There is also the option of flying privately in your very own aircraft to suit your itinerary. Would you prefer a helicopter or a jet?

Check out the King Island Tourism website for further information on how to travel to King Island. 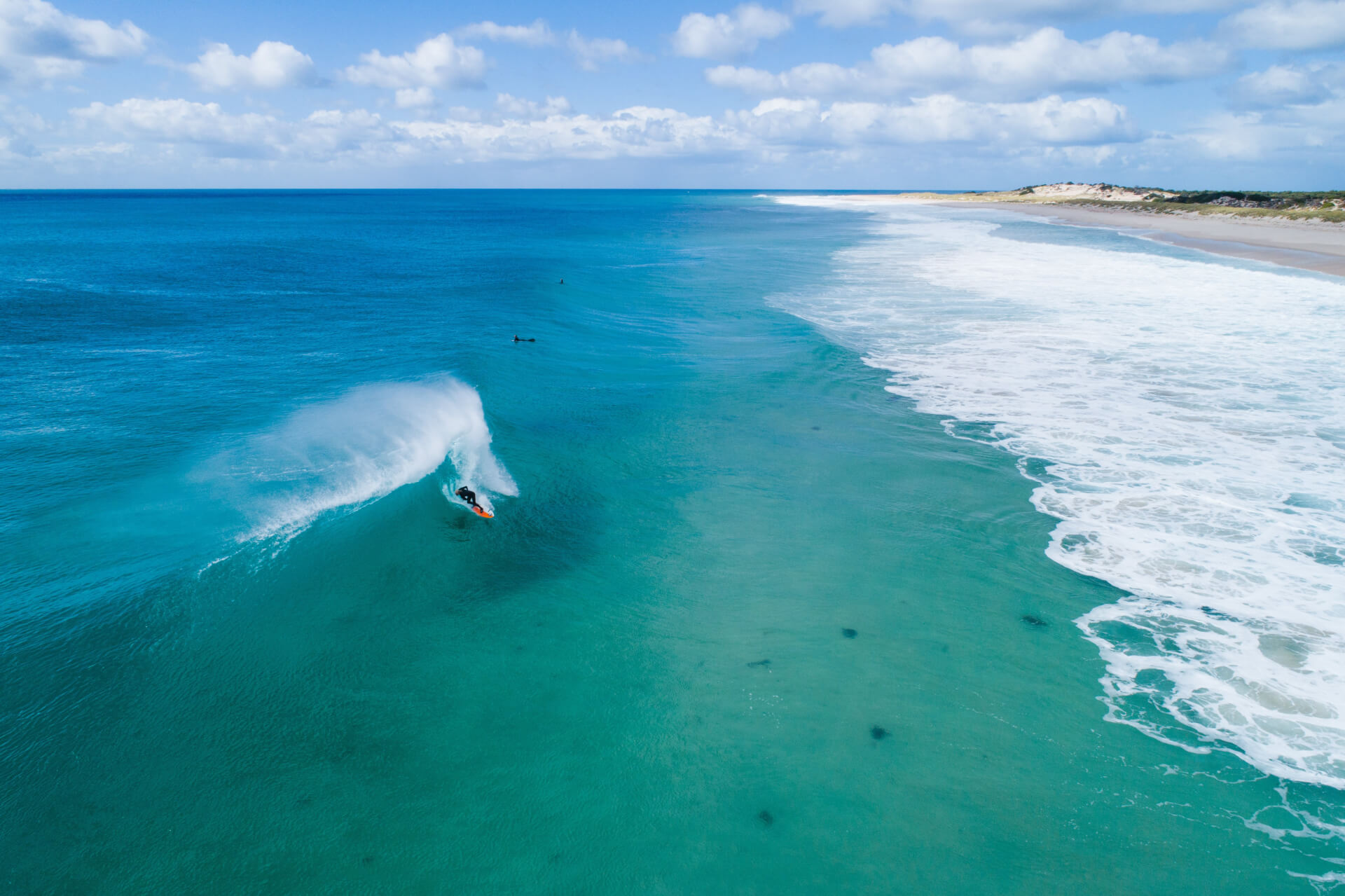 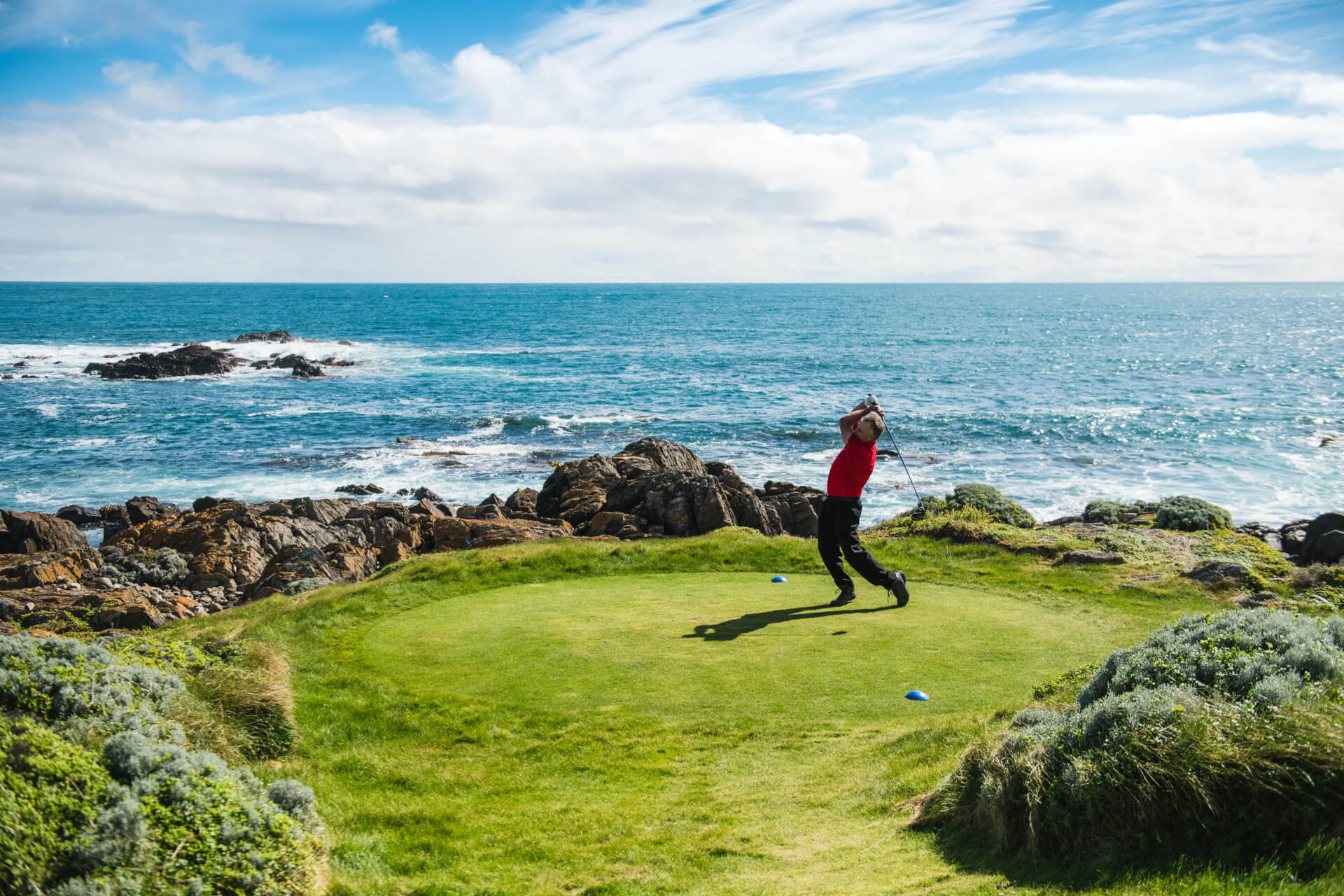 A Little Island with a Lot of Options!

There is so much to do! Golfers, surfers, and foodies will especially love this relaxed and quiet island.
• Boasting three golf courses, two of them (Cape Wickham and Ocean Dunes) are amongst the world’s best. A day on the green is often the reason for a visit to King Island.
• Catching a wave at Martha Lavinia is a surfer’s dream with some of the best breaks in the world on the north eastern side of the island.
• Several festivals are held on King Island each year including the insatiable Long Table Festival – a foodie’s heaven, the King Island Cup held each September – the “horse-racing event that logistically should not have survived 123 years”, and the popular summer music Festival of King Island draws crowds of rather a decent size for such a small location
• Currie is the main King Island township where you will find most of the cafés, restaurants, and boutique stores, set on a pretty boat harbour with amazing views of the Southern Ocean. On the eastern side of King Island, protected from the harsh westerly winds, is the quaint coastal village of Grassy – also island’s main port. Now popular with a small community of sea-changers and creatives, it was once a thriving mining town. Make sure to visit Grassy for excellent fishing and diving at offshore shipwreck sites.
• If you venture to Grassy Harbour at dusk you may be lucky to see the nightly occurrence of little penguins waddling ashore, returning to their burrows.
• Cape Wickham Lighthouse is Australia’s tallest lighthouse at 48 metres tall. Established in 1861 its intention was to warn boats of nearby danger rather than to guide them in to shore safely. King Island has a treacherous history of shipwrecking and many King Islanders are descendants of survivors.
• Well known for its beef, King Island farmland is verdant and idyllic, and is a great place to learn about the ‘paddock to plate’ experience. A Meat Your Beef farm tour will teach you all about life on a farm and what goes on behind the scenes prior to that delicious steak arriving on your plate.
• If ocean fishing takes your fancy, you will be in unspoilt territory. Why not even catch your next meal on a deep-sea fishing charter?

The Finest of Foods

Bountiful fresh produce can be found on the island, including some of Australia’s freshest seafood, and highest quality beef and cheese.
Imagine the endless brie, camembert, cheddar, and blue cheese you can sample at the award-winning Kind Island Dairy. Your cheese platter can be accompanied with a wine or a beer, too!
The King Island Bakehouse has put a spin on the traditional meat pie and is known for their crayfish pies. Give it a go!
Collect a little picnic, and head to the ‘restaurant with no food’. The Currie Boathouse is a quirky little café on the water – with no food, and no staff. Take advantage of the harbour views while dining on the delicious produce you have gathered during your exploration of the island. Remember to take with you all that you bring along – rubbish especially. King Island is a ‘leave no trace’ tourism destination. 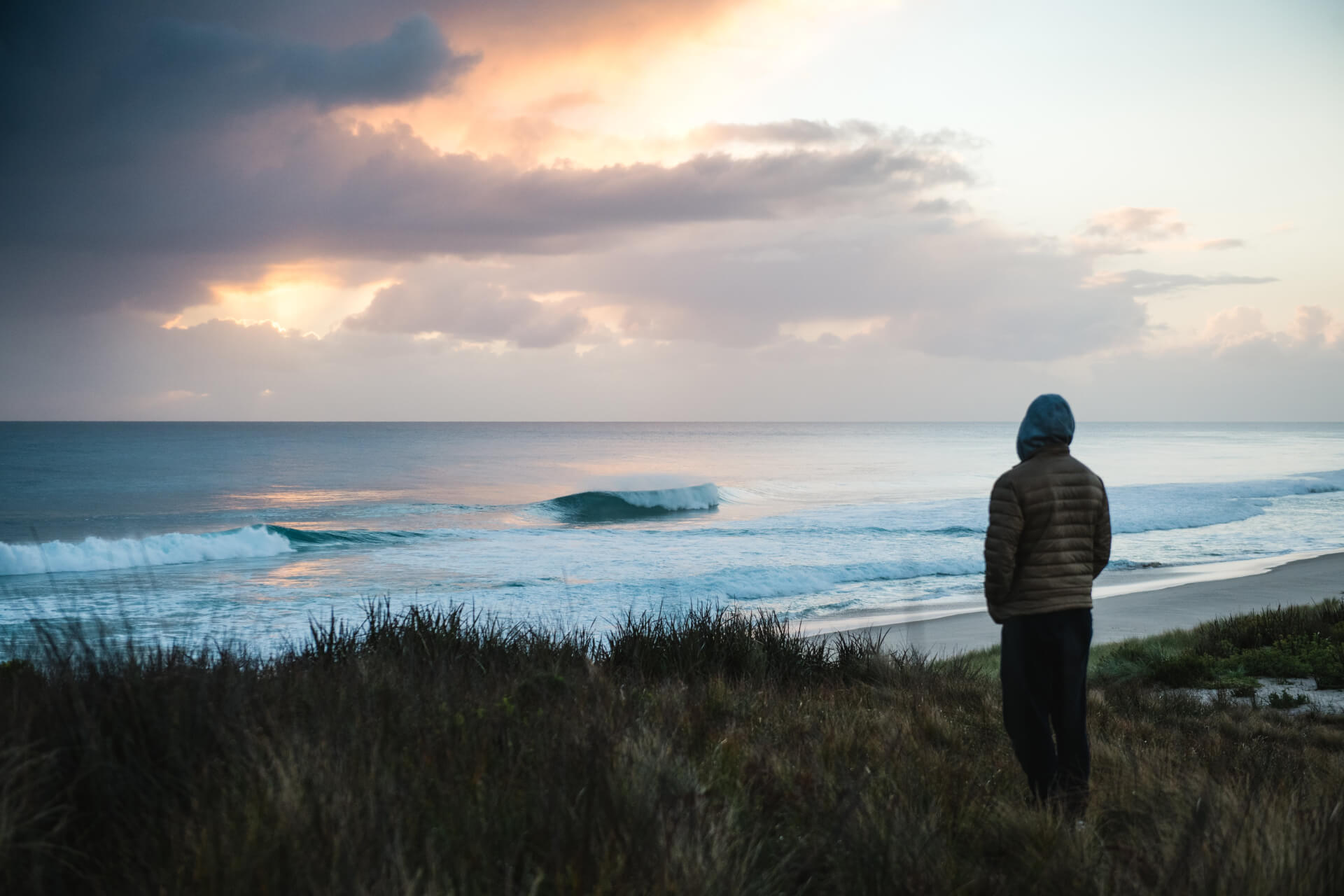 Where do I stay?

With such rugged coastline, staying in a luxury lodge with large floor-to-ceiling windows overlooking the ocean is the most magical setting for your overnight visit. Imagine sitting by the fire with a glass of wine, relaxing, watching the sun set and the waves crash ashore.
However, there are many other cosy options such as B&Bs and hotels to stay at and extend your time on the island.
Particularly impressive are Taraki Lodge and Kittawa Lodge, and the King Island accommodation listings have further options available.

All photographs are credited to Stu Gibson!

If you are not sure which tour to select, how to arrange the details, whether a certain customisation is possible or have any other questions, talk to us. Please contact us.

We offer a range of carefully crafted itineraries and also provide guests with the opportunity to fully customise their experience to suit their individual needs.